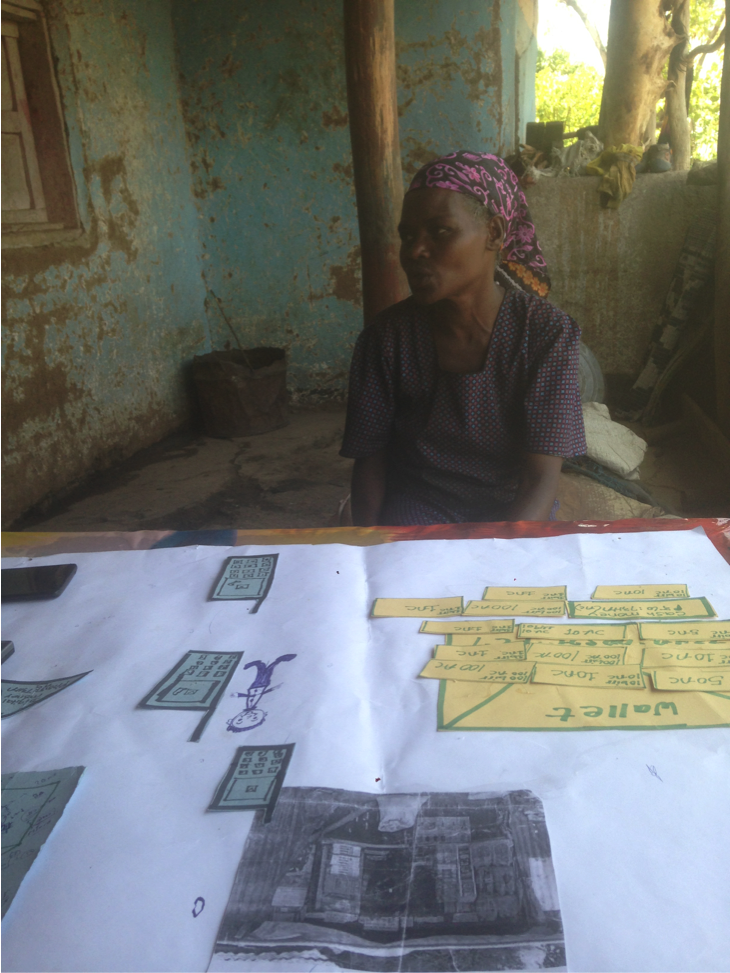 Compared to its neighboring countries, the adoption of Mobile Money Services has not yet gotten a strong foothold in Ethiopia. Despite its economic progress, mobile penetration is lagging behind. As of early 2017, there were three main providers of digital services with a combined registered group of around 3 million [1] (which is about 6% of the adult population in Ethiopia against two-thirds of the adult population in Kenya [2] and 38% in Uganda [3] using mobile money). Not only are few people registered for digital services, but the usage is also mostly for one transaction only, either receiving money (e.g. cash transfers) or paying bills. As has been discovered in our study “Assessment of Transaction Pools for Digital Financial Services (DFS) in Ethiopia”, a low level of trust in digital financial services, is one of the key drivers inhibiting a successful mobile money adoption. As a result, people largely depend on the support of their communities when it comes to financial solutions.

In February 2017 we traveled to Humbo, which lies in the Welayita region, where we met one of our smallholder farmer respondents Asenakech Hayalew [4]. She does not own any phone and is the perfect example for a large chunk of the Ethiopian population that is cut off from digital financial services. Her family is scattered among different districts. Traveling large distances to sort out financial affairs goes without saying:

“I have to travel 20 km to meet my son in person and to give him money. Also, he comes home every month to take maize, which is one of our farm products.”

Keeping her situation in the back of our minds, we introduced her to the concept of mobile money through simple demonstrations. Afterward, we gave her different scenarios opposing mobile money and her current system. When we asked her whether she would prefer to send money digitally to her son or deliver it physically, she replied:

“..if I am taught well, I will use the mobile money system because it is fast; my son gets it right away. It saves both of us time and energy in addition to transportation cost.”

Moreover, she added that if she commissions a bus driver to deliver the money, the bus might not get there in time or the money might be lost, but using mobile money, she can be sure that the money will arrive on time. In addition, she has also never used financial institutions such as banks to send money:

“I don’t know how to do that. But even if the cost of sending money by bank and by mobile is the same, I would choose mobile money because I don’t have to physically go to the bank.”

Our interaction with Asenakech revealed that trust issues in relation to digital financial services can be overcome by carefully acquainting and introducing people to new systems. Even though she doesn’t own a phone, she was able to grasp the digital money concept and visualize how this system would solve the hectic of sending money physically and benefit her family in general. The way such services are promoted is, therefore, a crucial factor for successful adoption. Involving local and trusted ambassadors could be the turning point for Ethiopia’s immunity to the mobile revolution. Providers and stakeholders of Digital Financial Services have it in their hands whether Ethiopia’s economy will experience a huge push that benefits those who lack access the most.

[1] See for details the report “Assessment of Transaction Pools for DFS in Ethiopia”, to be published soon

[4] For privacy reasons, we chose not to mention the respondent’s real name

Digital Money as a Headache Remedy