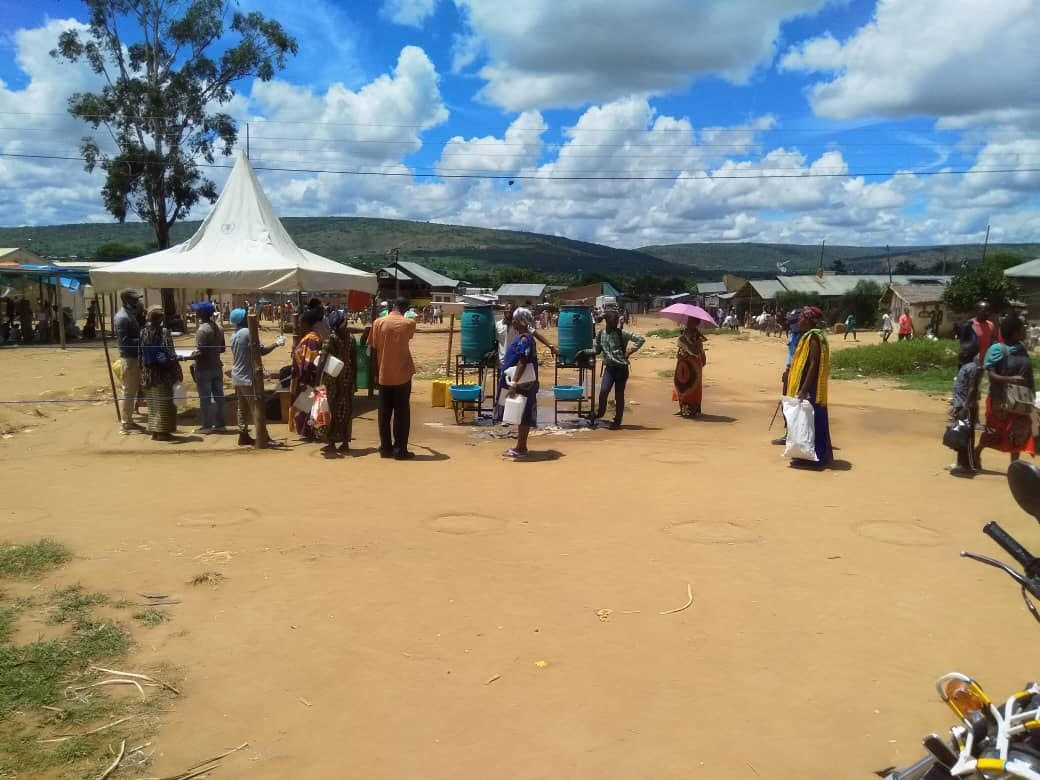 The limited outbreak of the Coronavirus in Uganda was followed by the government implementing a lockdown. As a result of the lockdown rules, a new way of Refugee Food distribution needed to be developed for Nakivale and Kiryandongo settlements.

The lockdown rules forbid all the transportation systems hence bodaboda, taxis, or buses to and from the settlements including inside the settlements are banned. This has made it difficult for the refugees to reach the food distribution place and particularly to carry their food items back to their homes as some of them are found very far from the distribution place. Nelly, one of the researchers found in Nakivale, said that people started to come on foot to Rubondo (15Km from their house) to get their food items. It would already have been very hard for them to carry the food themselves over such distances, but to boot their misery, the distribution authorities said that their son, who was on the card to receive, should present himself in person. They went home without receiving any food.

Yesterday on the way to go see my respondent, I met two women, they were going to receive food, but their distribution point is in Rubondo (15km of road), they tried to find a motorbike but it was impossible, even if they managed to get there, how will they bring the food? And on their certificates, one is with her son and the other is with two children and they were told that they themselves (their children) should be present to receive food, very desperate, they decided to return home.

In general, the refugees are worried about whether the food distribution will arrive. When the food did not come on the expected date and was a week late, people became anxious and thought no food would be given this month.

Firstly the panic was visible in the community because they had communicated that they had reduced the food and instead of starting the distribution on the 7th, they started on the 14th…

Normally the food distribution requires a large number of people to queue up for hours, even entire days on end. They typically stand close together each time moving up a little in the queue. For Covid-19 prevention, the entire logistics of food distribution had to be adjusted.

The first day of the distribution of the food, a lot had changed, people should respect the distance of 4 meters and there were guides on each line to better understand the procedure to follow, there was also space for washing hands before entering, inside also after going to the verification machine, you should have washed your hands again. We could notice, many have been changed at the distribution center, for example usually you receive food at base camp 1 and you are told that you are in Rubondo which caused a lot of misfortune to people because there was no transport. We also observed distress for people who usually receive food in distant centers because there was no transport...

Once the refugees reach the area of the distribution place, there are armed police making sure that the refugees are respecting all the rules. At the distribution point, there is water and soap available and everyone has to wash their hands before they enter the food distribution fence. They must respect their physical distancing (the official distance in Uganda is 4 meters) when washing their hands and inside the fence when queuing for the distribution. To help people to realize how much distance they need to observe, there are white lines painted on the ground about 2 meters apart (in Kiryandongo) and circles about 2 meters apart (in Nakivale). You wait by a circle or a line until the person in front of you moves up and you can move up a line or a circle.

Only those people who are appointed to collect their food on that specific day can be present at the food distribution point. No one else is allowed to hang around there. If someone is found going against these rules and resists police orders, the police are authorized to shoot by pointing at their legs.

Due to the lockdown, the refugees are losing most of their earned income sources as businesses have to shut down, and employment options have mostly disappeared. The minimal food distribution is also significantly lower. It is most unfortunate these two events happen to coincide.

The current situation may also result in stopping some people from illicitly receiving food distribution. Apparently, there are families who stay in towns, from where they are no longer entitled to food distribution, traveling back to receive food, pretending to still live in the settlement.