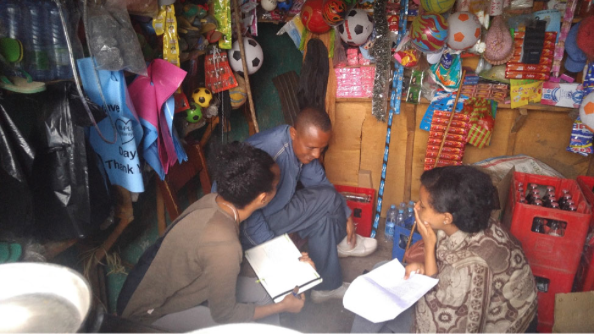 No Comments on DFS: Promote Digital Savings as an Anchor ProductBlog L-IFTJuly 7, 2022July 7, 2022

Last week Thursday, 7th September, Enterprise Partners hosted a workshop for banks and others involved in Digital Financial Services (DFS). The findings of its Assessment of Transaction Pools for DFS.

In this second blog: Which Digital Financial Products should be launched in Ethiopia? According to the recommendation of the consultant, Anne Marie van Swinderen.

She explained that the Ethiopian context is remarkably different from that of Kenya, Tanzania, and Uganda where mobile money has taken off successfully. Therefore, she recommends that Ethiopia does not simply try to copy-paste the Kenya route to get large-scale usage of digital financial services. Instead, Ethiopia should take the situations and challenges of its people as a departure point and develop products and services based on Ethiopian people’s needs. In its intensive qualitative field research L-IFT repeatedly interviewed five profiles, namely merchants, garment factory workers, students, smallholder farmers, and recipients of ePSNP government transfers.

These profiles were selected because they were thought to be likely “early adopters”, meaning that these population groups have some characteristics that make them more likely to adopt digital financial services. We learned from these 38 people that they like to save, but they have challenges finding a safe place to save. Even though the majority of them had a bank account its usage was quite limited. Many of them did not trust financial institutions. Some even thought that the money sent into their account could be withdrawn by the sender at will if they would not withdraw all value immediately. There was even one garment factory worker who withdrew her money in cash from her “salary account” and deposited the cash into her other, private account, in the same bank. This way the garment factory could not touch the money.

Practically all of the 38 respondents felt that a digital savings account was an attractive proposition. They liked the idea that the savings could be added to at all times of the day and close to home, at an agent. They were very excited about the complete privacy of such savings, as well as that they would have complete control over the savings through their mobile phone. Currently, ePSNP recipients explained they cannot control the money that arrives for them and various deductions are made and they don’t know whether these are legitimate or not. They now receive their payments in their kebele, but they would happily walk 12 km to the woreda center to collect the money if they would really be able to stop any deductions from happening without their approval.

The consultant gave several recommendations from the 38 respondents about how to increase the usage of these digital savings accounts. Some thought that people would save more if the interest rate would increase as the balance increased. Others thought that more playful rewards would be best, e.g. funny messages or air-mile type of points. A Muslim respondent suggested that a version of digital savings could be offered without an interest rate so that it would be compliant with his religion.

In the field research, it was clear that people very quickly could understand what digital savings would be like and how it could help them solve certain problems. Even after a single explanation in which we introduced digital savings as “MoKash” they freely used the work “MoKash” in their answers and they started to dream up different types of usage of the digital savings account, once they could access it in their kebele.