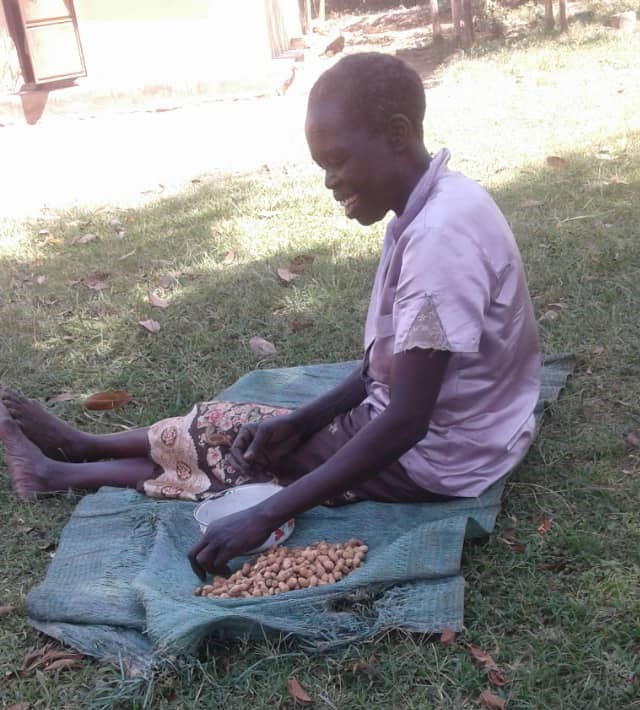 I am Elizabeth, one of L-IFT’s Researchers. In July 2016 Marcienne Umubyeyi and Mahlet Alemayehu selected me as one of the researchers and since that moment I have been part of the team. I interviewed many people in a zone around my house until it ended in May 2017. But recently we went back to our respondents; it was wonderful to see them again and they were all happy to see me back.
One of these respondents had a good story to tell, actually, most of the story is from before our first interview, it’s about SILC saving group.
Ashepet joined the Akukurantu SILC group in 2015 in Apokori Mella sub-county, Tororo District. Akukurantu has a constitution that guides the members on how much to borrow with the attached interest rate of about 10% per month. The cycle of the group started in January 2015 and their constitution states that the minimum saving amount is 1,000 shillings (0.2 US$) and the maximum is 10,000 (2.7 US$) shillings.
Her accumulated saving by mid-2015 was 500,000 shillings (about 136 US$) and she managed to get a loan from the group to buy Ready Pay (solar system) which she paid in cash for. She started using it for lighting and for charging other people’s phones at a cost of 300 shillings (0.08 US$) which greatly changed her standard of living and increased her rate of saving from 5,000 shillings (1.36 US$) to 7,000 shillings (1.90 US$) per week. In addition, her children were able to read their books at night and do their home works which have greatly improved their performance at school. Ashepet is enjoying her Ready Pay solar immensely because it is still working and the light is so bright.
After she has completed paying back this loan, she borrowed another loan of 70,000 shillings (about 20 US$) with which she bought two piglets. After a period of seven months, she sold them and bought a bullock. Ashepet is now living a happy life and she really appreciates the CRS for bringing SILCs into her community because it has changed people’s lives positively.
It was nice sharing and conversing with Ashepet about her savings; she is really happy about the whole system. If it would be possible for the funding agents to continue funding and train more field agents or PSP to train more SILC groups in the methodology of saving and lending within the group, I believe it would somehow solve the problem of poverty and reduce the level of dependency for the people.

A Respondent’s Experience on Saving