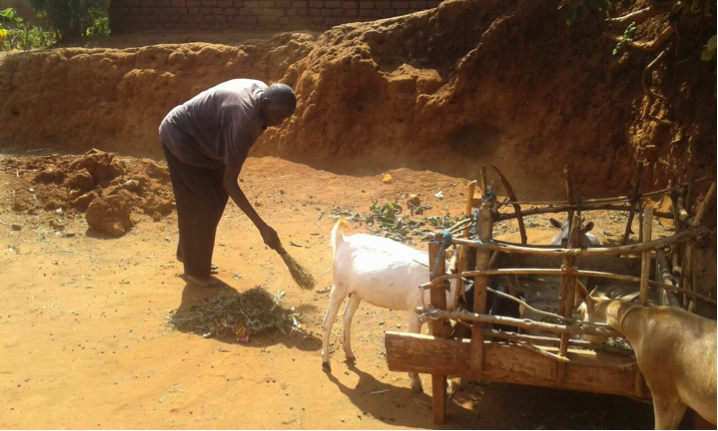 In the past few months as an intern at L-IFT, I have had the opportunity to interact with a diverse array of individuals. In this post, I continue a recount of these interactions and observations, this time, with a focus on how drought affected the business of various respondents.

When I met Sulayiman, a study participant in Mbale, he expressed interest in sharing his experience operating a charcoal business. As we negotiated an appropriate date, he smiled and jokily said

This was a positive spin on a water crisis that was gripping Mbale town at the time. Lower than expected rainfall for most of the second half of 2016 had led to low water levels in the rivers which supply the towns. The utility company was forced to ration water supply and at times, entirely cut off supply to certain parts of the town. With almost a total dependence on rainfall for agriculture in the region, the shortfall had an impact on agricultural production in some of the areas I visited.

Julius, a FEDU study participant, alleged that the drought led to a poor harvest from his 2-acre rice farm and further reduced earnings from his retail shop. His premise was that as the local economy is almost entirely dependent on agriculture, poor harvests imply that his clients have less money to spend in his shop. For Omaki Nasser, a livestock farmer, the dry spell meant getting feed for his animals became far more difficult. He had to travel long distances each day to get pasture and forage for his goats.

Nelson Dembi, a smallholder farmer decided to not let the drought destroy his business. His farm is located almost 300m from a small river, which is why he decided manually irrigate his farm. Since his garden is on higher ground and using gravity was not an option, he opted to ferry water from the river using jerrycans and other containers. This tiresome task musters the support of most of his family and limits the acreage he can till. However, the hard work pays off and gives Nelson a big advantage in the agricultural market: compared to other farmers, the increased food prices represent an opportunity for him to make extra money. Nelson’s goal now is to buy a water pump to ease the irrigation process, but the price of Ugx. 2,000,000 is beyond his reach. He hopes to continue saving until he reaches this target

Even though income generated from crop agriculture was reported as one of the lowest compared to other prevalent income sources, L-IFT’s research has shown that, nonetheless, it falls under the three most common income generating activities carried out in low-income communities.