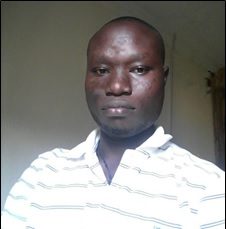 Dennis graduated from university in January of this year (2016) with a diploma in computer science. After graduating from university, He found the task of getting a formal job more challenging than he had anticipated and spent almost 6 months looking for employment. However, in mid this year, he successfully applied to work with L-IFT as a field researcher. And considers it a privilege to be part of the diverse L-IFT team which comprises both national and international staff.

Dennis has an affinity for the research themes of energy and financial inclusion especially as it closely aligns with the needs and challenges of his community. He hopes his ‘little’ effort can contribute to the success of the finance and energy diaries research and will provide a platform on which better solutions are provided to tackle some of the challenges in his community. As he states “You never know, something might come out of it”.  He lists relaxing while listening to his favorite music collection as his form of recuperating after a day of interviewing his respondents.

Below is an intelligent verbatim transcript of my interview with Dennis.

How would you describe your experience of working with the FEDU project so far?

It was my first formal job. As with anything for the first time, I was initially anxious. However, the training which was provided, and the support from the supervisor and team members made it easy for me to get going. One other thing is, though I was part of the general community, I hadn’t stayed there for an extended period of time, especially in other neighboring sub-counties. I used to stay at home much of the time and still had to do a lot of self-introduction as I visited villages further from home but nevertheless I was well received. And it has been both a great experience and I get a feeling I have learned a lot.

What specific skills have you acquired during your work as a field researcher?

I think what I can say has been the main attribute I have acquired from this research work has been gaining self-confidence. Previously I couldn’t express myself well. I am now able to engage in conversations with a greater sense of confidence. I just seem to have answers to so many things I could struggle to answer a few months ago. A question can come from one angle and I respond from another angle. I have the confidence to ask respondents if they have any questions after each interaction. Even if they ask me any question I am not ‘scared’. I feel I am now more confident to handle similar cases in a more professional form.

Research is an area I had absolutely no knowledge about and this work has been a good learning opportunity for me. I have learned things like sampling techniques, different research methods, and data collection techniques including ways of avoiding bias during the data collection process. As I explained earlier I feel more confident to resolve some of the challenges I encounter in the field.

I have also been able to interact with many different people both within the community and with other research members. Recently, one of the local community leaders told me that he had been observing my work and felt that I was a resourceful individual in the community and wishes I could get a job in the district. He even suggested recommending me in case there are vacancies in the local government. It is these networks that I feel will be very important for me in the future especially as I embark on my future career choices either in employment or even in self-employment.

Do you feel your current work as a field researcher will help you in your future career prospects?

Yes, definitely. I believe in the current competitive job market building professional networks are very important and this is what I have been doing especially during the past few months. I have met and interacted with many different people both within the project and the community as a result of my work as a field researcher. I am hopeful these connections will be helpful. I also feel a recommendation from L-IFT can make a difference as it is quite difficult to get a job with no previous experience. I now have that experience. This is in addition to the skills I have told you about.

Any challenges you might have experienced during your course of work so far?

One of the challenges I initially faced in the research was trying to handle some of the conspiracy theories which began to circulate around the community because of the research, partly because of the use of electronic data collection tools during the selections of homesteads. There were rumors that the GPS technology could “look” through the house by using satellites, which created unease in some of the respondents I approached – they felt it was some form of a remote surveillance of their homes. When I got to hear that this was circulating I explained how the GPS technology works and at times carried out demonstrations on the functionalities of the smartphone.

Another theory was about ‘The Illuminati’ secret society in which some people feared I was carrying out recruitment for Illuminati organizations. It sounds quite weird. But anyway, I explained to them and finally convinced them that it was an innocent data collection exercise. Most of the people in my area are not that educated and research is a new concept to most people, so it could be expected but with sufficient sensitization, I got their trust quite fast. But apart from those initial misunderstandings, it has been a great experience.

Any exceptional experience or observation so far from the field?

One thing I noticed is that the people can be initially guarded in the interaction but if they get to know you or someone from the family they are very interactive and give you all the time they have and are also very generous. I remember after one of the interactions, one of the respondents came running to me and she was trying to give me 3000 shillings for lunch because I couldn’t stay long enough to have lunch at her home. I didn’t take it, but it explains it all.

Also, you might meet a respondent like in the village, they take me as someone educated and at times seek advice on specific personal challenges they might be facing. They trust me and at times share very intimate information – it could be family conflicts etc. and seek my help on how to handle that. But I have to handle it maturely knowing that it isn’t my responsibility but I still have to show a sense of concern without being so much involved in it. I can provide some kind of “standard” advice or provide suggestions of people who might be more helpful.

I might not have concrete information about other research areas. But what I can say is that my research area is a rural agricultural community and most people are always either at home or in the gardens so I have some cases of failing to get respondents at home on dates scheduled for interviews.  Like now during the upcoming Christmas season, I haven’t heard anyone tell me they will be away unlike what I hear in other research areas.