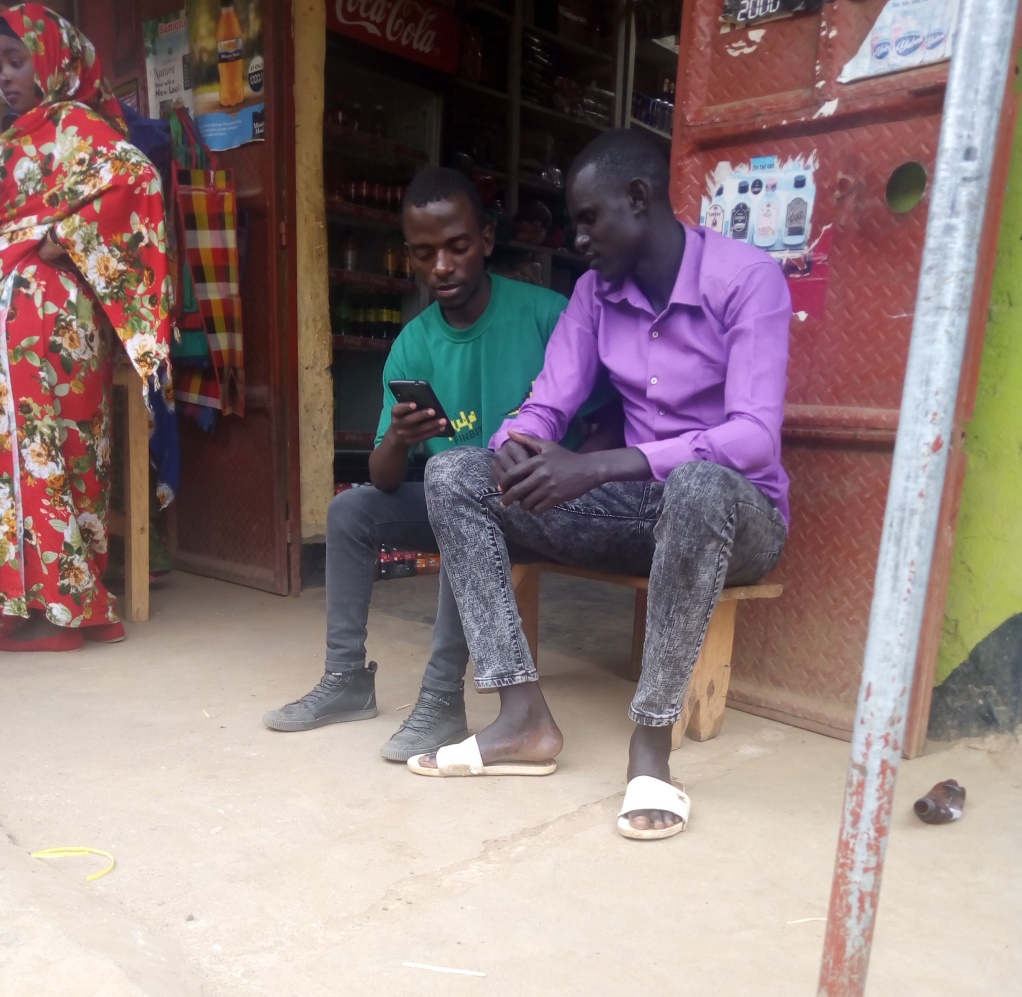 No Comments on Hategekimana Innocent: My Experience Working With L-IFT on the ‘Finbit Application Experiment’Blog L-IFTJuly 15, 2022July 15, 2022

My name is Hategekimana Innocent. I am 25 years old. I am from Congo. 13 years ago I came to the Nakivale Refugee Settlement with my family and I live with my parents, two sisters, and one brother. My education level is Senior 6. From June 2017-2019, I worked as an office assistant with Humanitarian Initiative Just Relief Aid (HIJRA). In the same year, I worked as an interpreter during general verification of refugees conducted by UNHCR, Office of the Prime Minister (OPM), and other partners. Then, in August 2018, I was given a side job to work as a data collector with UNHCR profiling people with special needs. In October 2019, I worked with World Bank in conjunction with REACH Uganda as an enumerator in a survey. Then in December 2019, I worked with NSAMIZI and OPM as a volunteer in settling refugees and distribution of Non-food items (NFI’S). Currently, I work with L-IFT as a data collector.

I started working for L-IFT as a Data Collector for the Finbit App experiment on 26 August 2019 after being given training about the App and how to work as a data collector. Finbit is a financial tracking application developed by L-IFT and it facilitates self-reporting of financial activities with the function of showing respondents their own data in a systematic format so they can see patterns in their own finances. My role involved conducting interviews with respondents/participants, collecting data, and entering the data in the app (or helping respondents to enter it in the right way in the app).

While doing this work, I learned several things which include;

However, I have also faced some challenges when working on Finbit;

On a personal level, I felt that L-IFT organization did the needful enough to prepare us for the work and that the timely payment of salary was commendable as it enabled us to do the work with morale. On the same note, respondents as well are very grateful to the company for the concern shown and helpful support, especially during this devastating COVID-19 pandemic and they felt that they were treated with humanity regardless of being refugees and their social-financial status.

Furthermore, I felt like we were professionally handled well as it regards to the feedback mechanism and the further guidance provided whenever we got challenges. I was further impressed by your concern for our safety during this COVID-19 pandemic as you not only provided us with the necessary tools for our protection but also with an additional budget for us to work from home for our safety.

In conclusion, in spite of several challenges we encountered, we pushed through because of unity, one love, and working together as one team with the management and respondents. Our respondents finally, saw the advantage of having such an organized format for tracking their financial transactions and data with Finbit and some of them have already started making use of the knowledge based on the App. Personally, I would love to work with your organization in the future. Thank you.

Hategekimana Innocent: My Experience Working With L-IFT on the ‘Finbit Application Experiment’