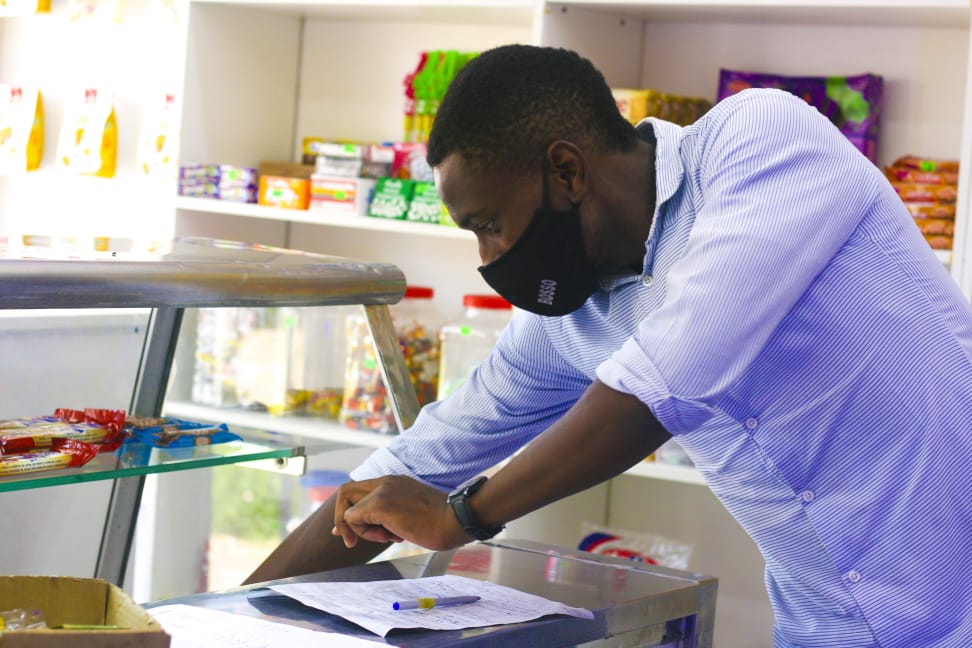 No Comments on FINBIT as a Tool Enabling Many to Collect Their Own Financial DataBlog L-IFTJuly 15, 2022July 15, 2022

For some years now, L-IFT has developed an app named Finbit. The app is now in use. We use it for financial diaries data collection. But the app is also intended for the respondents themselves, to use for their own benefit.

L-IFT has been testing the Finbit app in Nigeria, Uganda, Senegal, and Ethiopia to see whether people understand it and have an interest in continuously reporting their financial data. To conduct this experiment, we hired data volunteers/data collectors and supervisors in the different countries we were operating. The data volunteers’ main role was to show the app to the participants and let them record their financial data by themselves, if possible. While we were recruiting participants, we faced, at first, many different challenges. People thought we were from the government offices to collect their financial data so that government would have the correct data to tax their income. Around the refugee camps in Uganda, most people were thinking we were NGOs wanting to investigate their income level before providing support. Others were illiterate to understand the app hence they didn’t have much interest in the app while some of them just don’t want to see their data. We had come across one interesting lady who lives in the Kiryandongo refugee settlement in Uganda. While passing by the road to find participants, we saw her at her front door and approached her with our idea. She understood the concept of the app very quickly but refused to participate in the experiment so we asked her the reason and she replied:

The idea that Finbit requires passwords convinced most people to take part in our experiment since they were sure their data is secured and only they know the password to access their account. For those who were illiterate to use the smartphone by themselves, our data volunteers really played a great role in showing them how the app functions and triggers their enthusiasm. Our hard work paid off when we heard our participants saying they like the app as it helps them keep track of their financial transactions and it is interesting to see their actual data on an app. Hence, during the piloting phase, based on the feedback we got from our participants and data volunteers, we were able to develop the app according to what people want and understand.

After seeing Finbit functioning well, L-IFT then launched the Corner Shop Project in Zimbabwe, Senegal, Uganda (in Nakivale and Kiryandongo refugee camps), and Nigeria in May 2020 intending to find out how retail businesses are surviving in the current difficult time of the Covid-19 outbreak. For Uganda and Nigeria, we selected from our existing participants those who have retail businesses; whereas in Zimbabwe and Senegal we have started our Corner Shop work with a specific new sample. We recruited and trained data volunteers, onboarded diarists by random sampling from retail shops that fitted a certain profile, started recording financial data, and conducted small surveys regarding covid-19 and corner shop questions.

The beauty of the app for individual users is: that based on the reports made on income, hours worked, expenses, savings, and loans, users can see their reported data presented in various table and graph forms attractively. The results will show the total earning amounts in different weeks/months, which income sources contributed to the total earning, and how much each source has relatively contributed. It also indicates what percentages of expenditures go-to food at home, rent, employee salaries, raw materials, transport fees, etc. They can also see how much they earn per hour for different activities. Based on this information, the user can differentiate the necessary expenses from the unnecessary ones; which income source has better earnings or lower costs; compare saving deposits vs. withdrawals; it also helps to see the outstanding loans.

The other most appealing feature of the app is that it enables users to approach banks or MFIs for loans based on their reported financial transactions. We have been collecting diary data from RISE (Refugees Innovation Self-reliance Empowerment) project for a year now using Dooblo (survey to go). Currently, we are planning to shift the data collection to Finbit so that in the long run, the respondents will start recording their financial data by themselves and this enables them to show supporting financial data when they apply for a loan from financial institutions. And they themselves can control their data and decide who to show, as it is password secured.

L-IFT is now making this feature a reality for more than eighty refugees who were diaries respondents and want to take a loan and are willing to share their financial data for assessing their creditworthiness. This is valuable information to do the experiment on respondents whose data we have been collecting for a substantial period and to continue capturing livelihood data on Finbit. This will give the financial service providers in this project (OBUL and FINCA) a wealth of data to make a well-informed loan decision. After any loan will be issued, financial institutions can still keep in touch with the loanees via the app to ask survey questions about their services to monitor customer satisfaction.

L-IFT is excited about this loan trial, but it is just the beginning – it is working on a range of other features to empower low-income people.