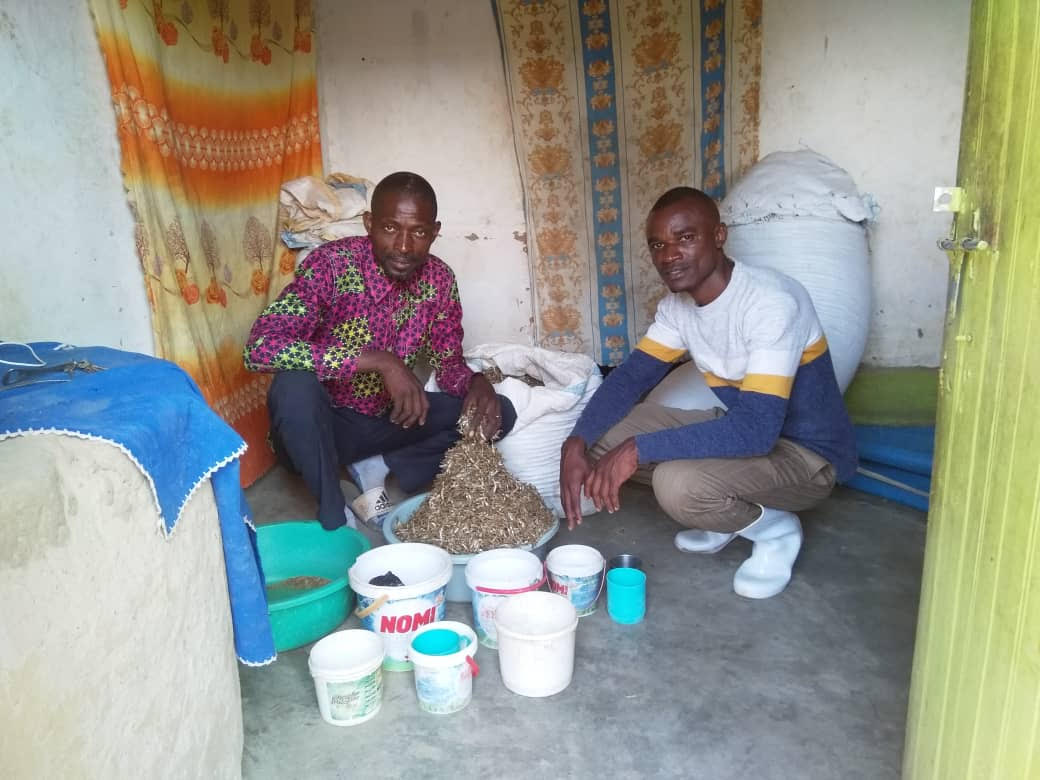 Ngoy Daniel is originally from the Democratic Republic of Congo (DRC) but due to the multiple challenges he faced in his country, he fled to Uganda, Nakivale Settlement in 2014. He is living in the settlement together with his wife and six children.

In order to take care of his family in the settlement, he started fixing up the roofs of many houses by cutting reed from a nearby lake called Lake Nakivale. This was his first activity in the settlement that earned him some income.

Soon enough, he turned his activity into a selling business. He started selling reed in piles, and that helped him get a better income than before which enabled him to make his children start school. At the same time, together with his fellow of faith, he opened a church where he serves the Lord as a pastor.

Daniel then, went to the Finnish Refugee Council (FRC) Organization to take training on business where he learned how to save money and manage a business in addition to animal breeding techniques and animal disease treatments. The spirit of sharing experiences with the community then motivated him to mobilize people around him for saving, sanitation, and drama activities within Nakivale.

One of his groups was hired for sanitation purposes by different organizations such as Medical Team International (MTI), and Humanitarian Initiative Just Relief Aid (HIJRA) after getting trained about sanitation and moping. He was also chosen by the World Food Program (WFP) to teach the community about the food distribution process.

Daniel then started running different businesses together with his wife; like selling clothes, fish, and poultry, raising chickens, ducks, and turkeys, and also horticulture in their garden.

As his savings were growing, Daniel decided to build a new house with iron sheeting. His life started changing; he can now feed his family, and send his children to school and they have got an overall better lifestyle.

Unfortunately, after the start of the pandemic, COVID 19, his business started declining. The activities of the community are restricted hence the demand for his products became less. His financial situation is deteriorating. He is now finding it hard to meet the needs of his family. His chickens are getting sick because of a lack of vaccination and treatment as a result of the virus.

He has started selling his fish door to door; traveling around 11 km daily, but still, his financial situation is getting worse. In Nakivale, the rain season is almost over and people tend to build their houses at the beginning of the dry seasons, hence Daniel has thought about focusing on the adobe block business. He has now recruited two gentlemen from around his neighborhood and he has started making blocks for sale. At this very moment, this is his main activity and he has started selling and earning some income. He really prays for this virus to vanish as it is immensely affecting his life.