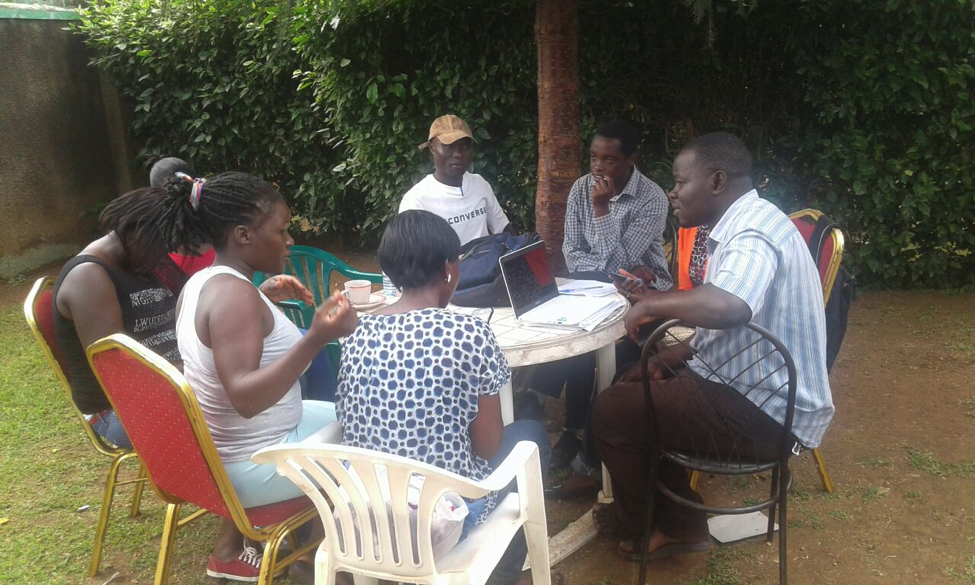 Bi-weekly meetings, which brought together all the field researchers in each area, were an integral part of the Financial and Energy Diaries Project. Under the stewardship of the team supervisor, these meetings were aimed at evaluating the progress of the preceding bi-weekly, resolving any challenges that might have been experienced, and preparing for the next bi-weekly surveys.

The meeting provided the field researcher an opportunity to share their field experience, highlighting the challenges they might have experienced and their accomplishments over the course of the two-week survey period. Some of the challenges, which were shared during the meetings I attended, included: demands for money or gifts by study participants, technical issues with the electronic survey tool, participant attrition, questions on the relevance of the study, or even practical challenges such as torrential rains which could limit the researcher’s ability to access participants.

Each field researcher had to provide a verbal report of their work highlighting the number of surveys carried out, missed interviews, reasons for missing those, and any unexpected difficulties experienced in the field. Possible solutions to some of these challenges were then discussed among the team. In this sense, the experiences of the team were leveraged by resolving individual issues, which came up during the research.

Another significant activity of the project’s bi-weekly meetings was role play. In this realistic simulation, some of the researchers took on the role of a study participant, and others ‘played’ the field researcher. The role plays were meant to detect any errors in surveys and also ensure that the field researchers were able to understand each of the items included in the survey. It also included an evaluation of the accuracy of the survey translation from English to the respective native local languages. Feedback from this exercise enabled the L-IFT team to provide clarification or modification on some of the interview items before the start of the coming sessions.

The final fixtures of the bi-weekly meetings were the learning topics. These were topical activities aimed at equipping the researcher with knowledge and skills, such as how to avoid biasing study participants, in order to empower them to effectively perform research activities. But besides that, subject matters were addressed that went beyond the study itself, such as how to effectively write CVs, prepare for interviews, and effective document writing, so that the researchers acquired skills, that they could use after the end of the project.