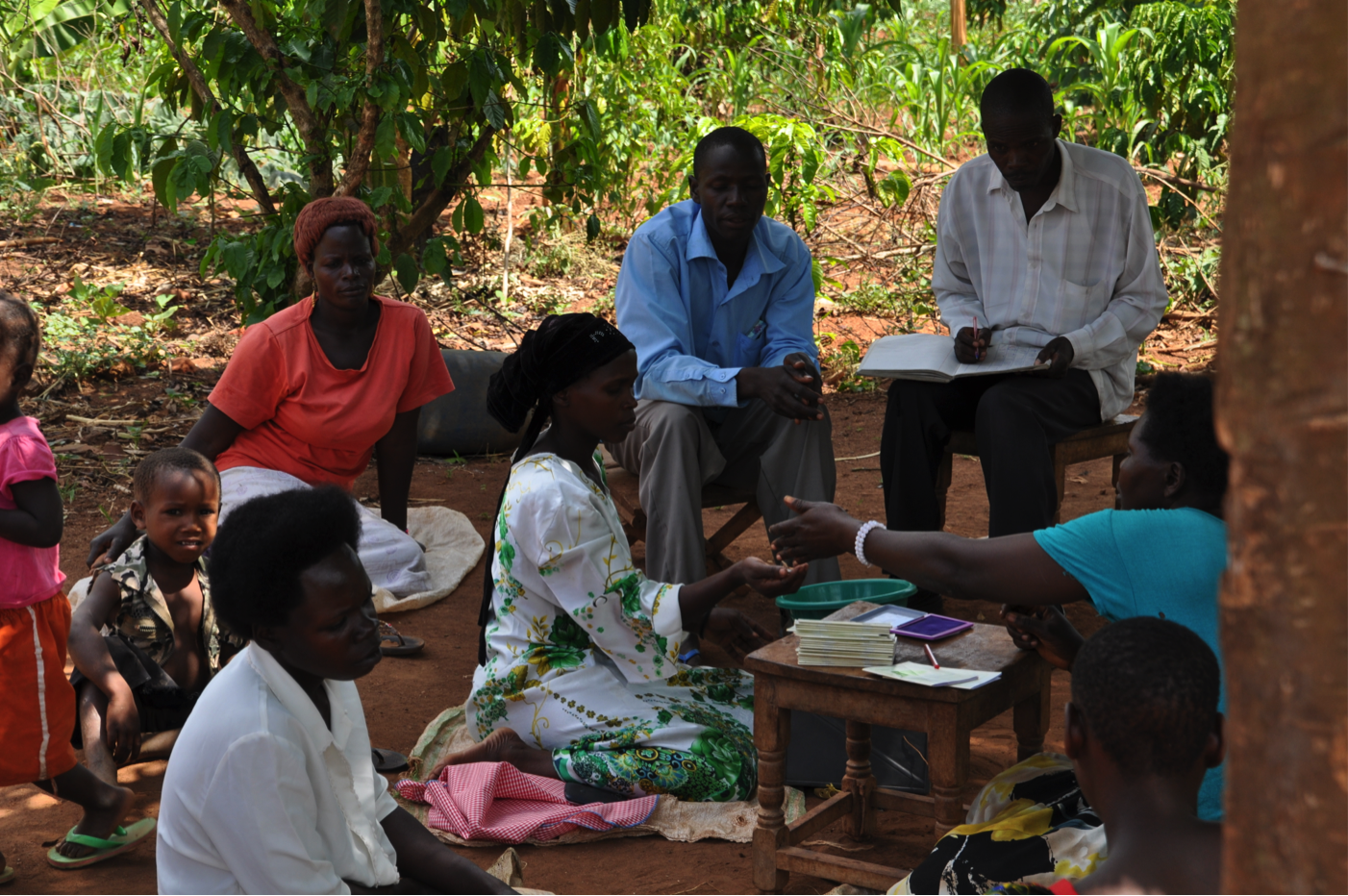 No Comments on A Respondent’s Journey: Inputs, Frustrations, and LearningsBlog L-IFTJuly 6, 2022July 6, 2022

In April two senior advisors visited L-IFT’s research project in Uganda. During a period of six days, they met different respondents to get a thorough insight into the project.

Encountering a savings group in action

Early afternoon on Thursday 13th a surprisingly large road took us to Mpumu Village, where we met Anthony Nyende, one of L-IFT’s researchers. On our arrival, coincidentally, a VSLA group meeting was taking place in the yard of his parents’ home-stead. This was clearly one of the owner-managed savings groups that have become ubiquitous in Uganda. We were impressed by the group’s calm and decisive procedure. They were clearly very used to all the steps involved. Each member was passing their savings book and that week’s savings, which were then added to a lock-box. Just about 10 minutes after our arrival the members left for their homes.

Finding the VSLA group in action by chance, reconfirming the FEDU findings: the most frequently used saving method is savings groups. Saving at home, saving on the body, and saving through mobile money are less common.

To advise or not to advise

Once the savings group’s meeting finished, Mr. Baliruno Festo, the treasurer of the VSLA group and one of L-IFT’s research participants, came to speak to us. He told us that the research has been a good experience for him. “It was a learning platform”. Even though the research was very time-consuming and many questions were repetitive, the process was instructive he said, and he would participate again.

What frustrated him though, was that Anthony never advised him. The questions on energy usage made him aware that kerosene is bad. However, no guidance was given on how to improve the situation.

For him to be able to change his behavior, he suggested that at the end of the research, the data should be explained, pointing out cost differences and health benefits when using solar instead of kerosene.

Questions on income and expenditure and migration are favorites

Mr. Baliruno Festo’s favorite questions were on income and expenditures. “It helped me a lot to see what I was doing with my money. However, they were also the most challenging questions.“ “At first”, Mr. Baliruno Festo explained, “I had no idea how much I was spending. Now, I am quite aware.”

Another favorite was the set of migration questions. He found it hard to report why other people had migrated, but it was very interesting for him to think about those issues.

More questions on health and diseases

Questions on health and diseases were too sparse according to Mr. Baliruno Festo “It is important to us, but you didn’t really ask.” He pointed out that repeated questions on those topics could induce behavioral change.

“L-IFT never gives us anything. Isn’t it possible to… you know, at least give us something?”

Please note that L-IFT does give the diaries respondents a small solar lamp after the last interview has been completed. It is a small token of our gratitude for the immense effort and patience from our respondents. We also will do efforts to give back to the communities by sharing our findings and making suggestions for development priorities.